The 9 things I hate about the Tesla Model Y so that you can get a full picture of some of the things that aren’t so great about this car.

And honestly, I LOVE this car — I can’t say enough good things about it.

I love the fact that it’s all electric, that there is instant torque when I’m accelerating, the fact that I don’t ever have to go to another gas station again, and the fact that it has one of the most advanced autopilot programs out there — these are just a few of the things that make owning this Model Y an absolute joy.

But as a personal finance blogger that wants to help you make the best purchase decision when it comes to determining whether or your should own this Tesla vehicle — I wanted to make sure I highlighted these 9 negative things as well, so that you can get a picture of some of the things that are not so great about this car.

Now keep in mind that as someone that absolutely loves this vehicle, these 9 things might seem minor, but they are definitely things that bother me on a regular basis.

So here are the 9 things I hate about the Tesla Model Y.

1. No place for sun glasses

Now, we can always put our sunglasses in the middle console compartment — which is what my wife and I do, but coming from a car that used to have one of these slots, I kind of miss this feature.

The second thing I don’t like about my Model Y is that, once the car goes to sleep, after being parked for a while, it can take as long as 30 seconds for the car to “wake up” again.

This is most annoying for me when I have groceries or a package in my hands and I want to access the mobile app to remotely open the truck. Or if I happen to be away from my car but I want to turn on the AC or heater to prepare the cabin before I go out to the vehicle — it could be a bit annoying to have to wait 30 seconds to give that command to the car. Honestly it isn’t too big of a deal, but it is a minor inconvenience when you’re in a rush.

3. Back-up cam is slightly off center

This next one however, does bother me quite a bit. Whenever I’m parking in a parking lot, I usually back into my spaces — but ever since I got my Model Y, I’ve noticed that I park slightly crooked, which is something that’s never happened to me before.

I thought maybe it’s just because I’m not yet used to the size or the dimensions of the Model Y and as I keep driving, I’ll get accustomed to the parameters the vehicle.

Well as it turns out, my sense of perception wasn’t off — the actual placement of the back up camera is not truly centered.

Take a look here — as you can see, the camera is off to the left of the Tesla logo on the back trunk gate. And when you measure from the logo, you can see that the camera is displaced about 2 inches from the center.

And because the back up camera is a wide angle fish eye lens where the warping of the edges are exaggerated to provide the widest viewing angle — this slight misalignment really causes a perception issue for me.

I’m sure as I keep driving and parking my Model Y — I’ll eventually get used to it. But as someone likes symmetry and congruence, it actually bothers me quite a bit that Tesla designed their back up camera system this way.

Next, the Model Y sports this gorgeous one piece glass roof that spans almost the entire length of the cabin — but as a result, it doesn’t have a sun roof that opens up to outside.

It’s a fair compromise — to have a beautifully solid glass pane as your roof, but on a bright sunny day, sometimes you just want to pop the top.

The next gripe I have about the Model Y is the front trunk — otherwise known as the frunk.

I know a lot of other Tesla YouTubers have issues with this one and they wish that it would be a fully powered and have an automated opening and closing mechanism. I think that’d be cool too, but for me, the core issue I have with the frunk — is a bit more simple, related to how you command the frunk to open.

This means that when I’m walking back to my car with my hands full of groceries, I have to fumble to get my phone out, open the app and then give it two commands to open the frunk to my Model Y.

It’s an inconvenience that’s unique to Teslas at the moment because other gas powered cars don’t have frunks, as that’s where their engines would go. So for gas cars, their main cargo area is in the back trunk where most cross-over vehicles has a power lift gate button that can be easily pressed to automatically open the gate.

But with Teslas having no engines — and converting this upfront space into a 2nd cargo area, it poses the question of how to effectively engage it when you are outside of your vehicle. I’m not sure if having a button or sensor of some sort in this front of the car would make sense but either way, it just makes it inconvenient sometimes to use the frunk when you’re approaching your car.

6. Can’t pull out the headrests

Number 6 on the list — is a very minor issue that would only affect a certain percentage of people out there, but I’ve found that you cannot remove the headrests in the back seats of the Model Y.

Now why would someone want to do that you ask?

Well, for those of us that install car seats in the back row for our babies/toddlers, in order to snuggly fit the car seat into place — it sometimes helps to have the headrests removed to give a little bit of extra clearance to the top of the baby seat. It helps keep the seat flushed against the back and bottom of the back row — allowing for a more secure fit. In the Model Y, these headrests are not designed to be removable, so this isn’t an option.

Again — pretty minor issue and only relevant for a certain percentage of the population, but for those of you that know what I mean, it would have been nice to be able to remove the head rests.

Now, at number 7, I was actually surprised that this didn’t make it into the Model Y’s standard features. Apparently when you order a Model Y, it does not come with Homelink — the tool that lets you program you garage door opener into your car.

Just about every luxury car brand has this as an included feature in their models, but on the Model Y, this is a $300 upgrade.

That means, in order to open your garage, you have to carry your regular garage door opener with you, as opposed to having that programmed into your car. Not a deal breaker obviously, but it would have been nice to have.

Number 8 on the list is the fact that the Tesla Model Y doesn’t have any overhead handles.

This again is standard on almost every regular vehicle and it’s a handy tool to grab when you’re taking tight curves or getting in and out of the car. I really only noticed this when I was sitting in the passenger seat when my wife was driving the vehicle and honestly I don’t use it all that much. But this is supposed to be a luxury car and the fact that these handles are missing — feels just a little bit odd to me.

Lastly on this list, we have the wiper fluid distribution system on the front windshield.

Now this is interesting — typically, the the wiper fluid distribution on your windshields happen from specific outlets that are placed on the hood, but in the case of the Model Y, the nozzles are actually built into the wiper system. So as the wipers are moving — the mechanism here, releases the fluid in the path of the wipe.

It’s a cool innovation, but what that means is that the wipers start moving first and the blades are traveling while the fluid is being dispensed, as opposed to the fluid being released a split second before the wipers are activated — like in most other cars.

Why does this matter?

Well, if you have something on your windshield that can smear, like dead bugs, bird poo or tree sap, etc — not having the wiper fluids come out first, might cause the debris on your glass to smear first, requiring you to wipe even longer and expend more fluid than you might have thought. It’s only happened to me once — but when it did, it was pretty annoying.

So that’s it — those are the 9 things that I hate about my Model Y.

Now, as I mentioned at the beginning of this article — overall, I truly love this vehicle so even these 9 negative things that I’ve discovered, really don’t affect my overall enjoyment of this vehicle. But as they are things that bother me on a regular basis — I wanted to make sure that if you were a prospective owner looking to see if this Model Y is right for you — you had visibility into these things as well.

And if you’re a current Model Y owner — maybe you can relate with me and think, “Man, I’m not the only one bothered by these things.”

If you’re looking to purchase the Model Y or any other Tesla vehicle soon, you can take advantage of my Tesla referral code to get 1,000 free Super Charger Miles credited to your account — simply by clicking this link or entering this code (daniel63240) on the reservation form when you order any Tesla vehicle on their website.

I hope this article detailing some of the things I hate about the Tesla Model Y helped you, if you’ve been looking to purchase a Model Y.

The content here is strictly the opinion of Daniel’s Brew and is for entertainment purposes only. It should not be considered professional financial, investment or career advice. Investing and career decisions are personal choices that each individual must make for themselves in accordance with their situation and long term plans. Daniel’s Brew will not be held liable for any outcome as a result of anyone following the opinions provided in this content.

Find out the similarities & differences between mutual funds and ETFs & which is right for you. Read this full breakdown of the pros & cons.

Here are the top 5 passive income ideas or side hustle ideas for 2021. Start these passive income strategies immediately to earn some extra cash or build up a steady side income that’ll help you make money in your sleep. 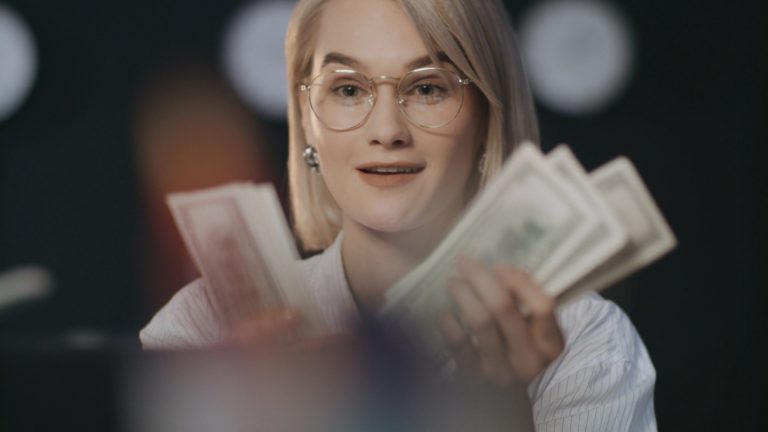 Can you retire off of dividend investing? Learn everything you need to know about dividends and whether or not they can help you on your path to retirement. 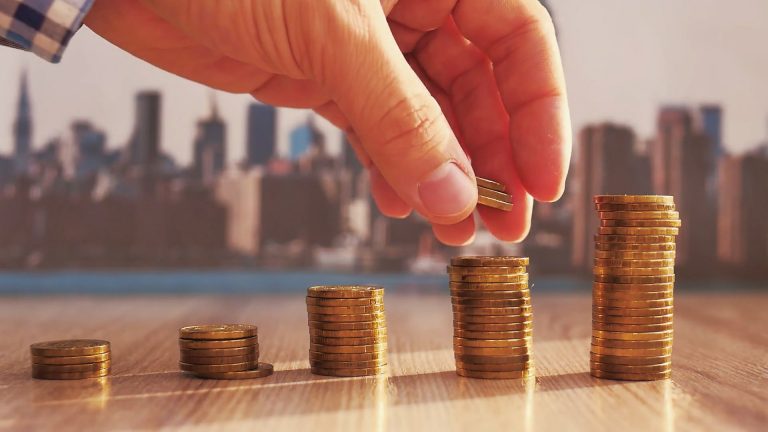 Learn the financial order of operations you should be following, including when to build out your emergency fund and when you should prioritize your financial goals like your 401k and Roth IRA. 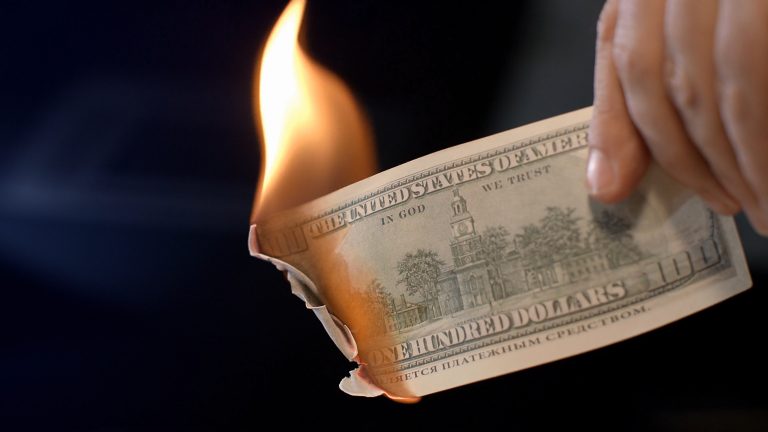 Learn how to rebalance your portfolio, improve your investment positions and set yourself up for maximum profit gain, during a recession. 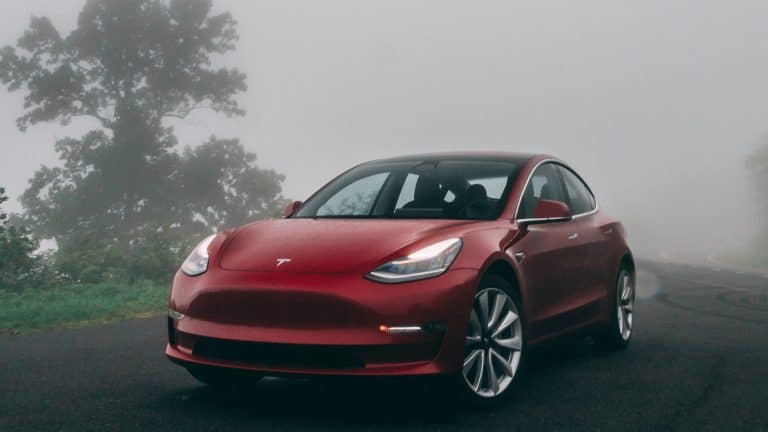